You’ve just spent the past few days in your boat having adventures and now your back feels like it’s made of wood. Your palms have paddle blisters all over them and your neck has a rash from rubbing on your gasket. You want to sit on your ass and let your body recover, and that is exactly what you are going to do.

Sometimes the best thing to do after an intense paddling trip is to just kick back, grab a beer, and put on one of your favourite paddling flicks; which are conveniently available for free over the internet, very important when you just spent way too much money on gear, gas, and food.

The question is what do you watch?

Wet Winter on Vancouver Island – a group of Quebecers run the Island’s biggest drops, guided by local boaters. A short film, at just 3 minutes, this little video has a lot of guts, as well as some all too familiar sights for any islander.

Squamton – will make you want to hop on the ferry to horseshoe bay for a quick trip into the mountains. At just over 32 minutes long this film is one of the mid-length options.

Cooperation – also one of the shorter videos on our local list this 5-minute video has some nice footage of the whistler area, and three generations of UVic Kayak Club Presidents for that little element of sentimentality.

Gordon River Kayaking – drone footage of one of the best class IV Vancouver Island runs. Sure it is only 2 minutes long but you’ll watch it more than once.

With some well-publicised people in the world speaking poorly of women as of late I thought it important to highlight the bad-assery that is the female paddler. Consider this my hat tip to the women’s marches of the world. Women’s marches take to the rivers, so to speak.

Get out there – Nouria Newman does an amazing job both running some of hardest rivers in the world, and capturing the magic of whitewater with her voice-over. This, by the way, is probably my most played video (and also the first kayak film to make me cry) even if it is a short one.

Tit’s Deep: Webisode #2 “All Roads Lead To The PNW” – local runs, good storytelling, and taking a duo kayak off a big waterfall – what’s not to love?

Ok, so I said these videos were a suggestion for your rest days but sometimes you just have to commit to a date and to leaving your house; especially if it is for a paddling specific film festival. These are great opportunities to laugh together, ohh and ahh together and meet some of the other paddlers in your community.

Ocean River hosts Reel Paddling Film Festival – held annually, this film festival will get you inspired to explore new rivers, lakes, oceans and push your limits – and possibly make a film yourself. The best thing about this film festival is meeting all the other paddlers in Victoria and the area. Plus it’s not always so bad to see other forms of paddling from expedition sea kayaking to stand up paddling this film festival has a little bit of everything. 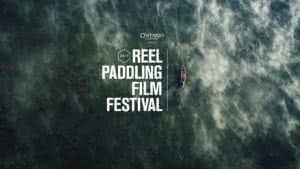 Vancouver International Mountain Film Festival –  or so nowhere does this say paddling or river or even ocean but the organizers seem to like to group the paddling films all on one night, so there are definitely paddling films. If you’re stuck in Vancouver, it’s a sweet way to spend a night.

The Style Update – Need a laugh? Or maybe 6 minutes of them? I don’t know what it is about German narrators, but they crack me up.

Boater/Beater/B*tch – rapid fire collection of whiteouts, beatings, and crashes. This short video has some great examples of on the river hazards, I’ve used it to teach a swift water course. Don’t worry, nobody dies, but it does contain blood. I can’t just suggest videos that inspire and shoe the inspiring side of white water paddling, there is a huge element of danger involved and it is reckless not to acknowledge that.

Some of these you actually have to pay for (shocking, I know), but if you get all your cheapskate friends together and split the cost it makes for a nice evening.

Grand Inga Project – Steve Fisher assembles an all-star team to tackle a section of river in the Congo that was too scary for Earnest Shakleton. And yes, that is a paddler in a giant whirlpool.

Locked in – 4 guys run a gorge that looks like something out of Jurassic Park in Papua New Guinea. Things do not go as planned.

Kadoma – a heart-wrenching, moving, movie that makes me super glad there are no crocodiles in Canada.

By the time your eyes have gone square from watching all of these you’ll be recovered and ready to get out on the water again. But, on the off chance that these suggestions aren’t enough for you, check out Kayak Session which has new videos every few days and runs an annual film of the year contest.