Ocean River’s ownership and staff value our amazing environment and waterways and wish to keep them beautiful and wild.

After the announcement the other day, that Trudeau’s Liberal government has approved the Kinder Morgan expansion project, tempers are flaring and the opposition is fighting back against the approval and apparent lack of precaution taken. We at Ocean River would like to voice our opinion on the matter at hand as well.

For us, this expansion means a few things, but first, we need to make something clear. This pipeline has been running since 1953 and spans from Edmonton, AB to Burnaby, BC. The intended project that has been approved is not a new pipeline but rather a second pipeline that will be the twin to the pre-existing Trans Mountain Pipeline. This would mean an increase from the current 300,000 barrels a day moving through the pipeline to 890,000 barrels a day. With this increase in materials will bring an increase in tanker traffic to our waterways. Logic dictates that an increase in the number of tankers brings with it an increase of the chances of an accident or spill.

The intention behind this expansion is to nearly triple the existing export of crude oil, refined and semi-refined products to the international marketplace. This increase in traffic will see the tanker traffic to the inlet grow from 5 to 34 tankers per month. Kinder Morgan has stated that roughly 444 vessels will be needed to move the volume of product from the pipeline annually. 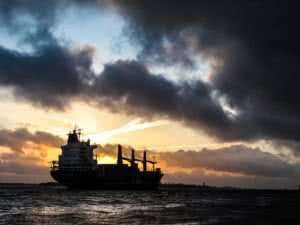 The tankers used for the transport are approximately 245 m long and can carry the equivalent of 575,000 barrels of oil. These tankers must time their passage with the tide as they come extremely close to the bottom of the sea in places. Although Kinder Morgan says that more safety precautions will be taken with the use of tugboats for navigation and emergency response boats for potential spills the worry here is the increase in traffic in the waterways that leads to the increase in potential spills.

Elizabeth May, the Saanich-Gulf Islands MP, has made her stance on the matter very clear, stating that she will show her support to any demonstrations against this expansion. In addition, May points out that “there is no factual evidentiary case that you can clear up bitumen[…] spilling in a marine environment.” Bitumen is not to be mistaken for crude oil; it is a heavier substance that must be heated or diluted to be moved. Due to this when a spill occurs bitumen sinks and is therefore extremely difficult to clean up. Even if there are response boats if there is no known way to effectively deal with a spill the repercussions on the beauty and marine life that makes British Columbia’s coast what it is would be catastrophic.

To top it all off, despite studies and experts stating that safety precautions will be taken to make a spill extremely unlikely, the Mariners Group has reported in a 37 year period that, worldwide, there are 3.2 major oil spills annually. To expand on this they have since stated that this number, if taken from just the spills taking place in the last ten years, has increased to 8.6 spills worldwide per year. These numbers do not exactly instil confidence for BC residents who will bear the brunt of the negative impact of a pipeline expansion. 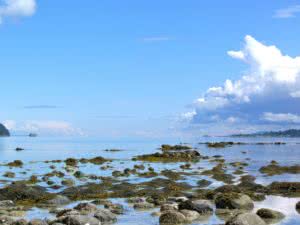 At Ocean River we take issue with the negative effect that this expansion will have on our waterways, both in the case of a spill and on a day to bay basis. The increase of tanker traffic crowds our waters and increases the potential for a spill that would destroy or negatively affect numerous industries including tourism, fisheries, real estate and agriculture to name a few. Jobs would be affected by a spill and could potentially be affected regardless. The beauty of the BC coastline is something to behold for residents and tourists alike and having more large tankers slowly looming in the waterways is not the backdrop of a successful tourist industry or thriving real estate market.

Murray Rankin, the VP of Victoria, made a statement stating that “[Victoria] will not gamble with our coastline and our economies.” When looking at the possible outcomes of this increased boat traffic in the Salish Sea it does appear to be just that, a gamble with a very high chance of negative outcomes.

Studies have shown that increased boat traffic can negatively affect resident whale populations. Whales not only bring a sense of wonder and beauty to our waterways but also make the whale watching tourism industry possible as well as providing jobs for marine researchers in the area.

For us, the thought of paddling in our beautiful waterways and looking out towards the smattering of small islands that dot the Salish Sea and seeing a tanker ominously moving in the distance is not something we can get behind. We are not on board with an increase in tanker traffic in our beautiful Salish Sea.

Check out these links for more information: