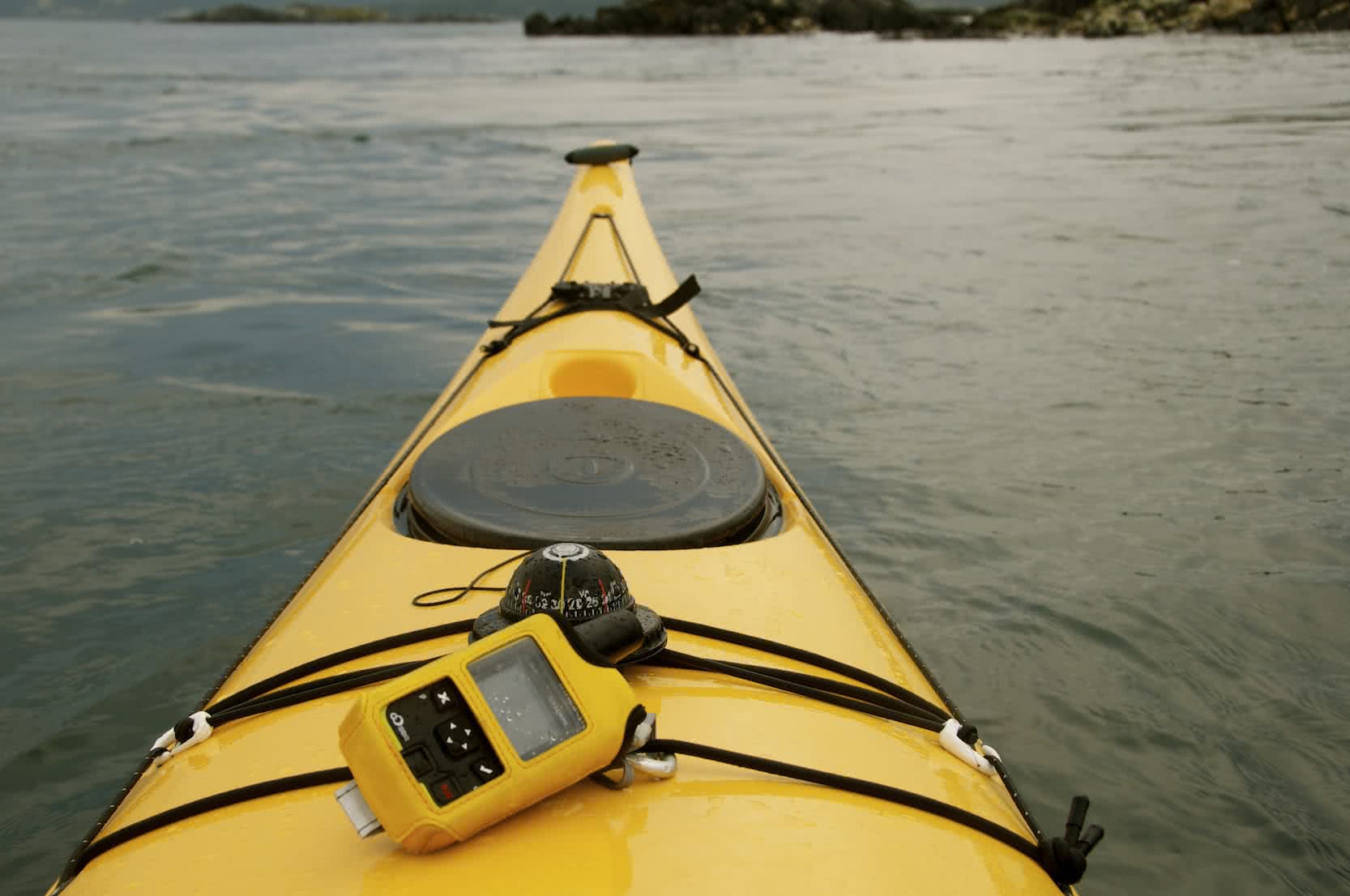 On a sunny day In early November  Jim Cliff decided to go kayaking out to Discovery Island, just off our beautiful Oak Bay shoreline.   Jim had kayaked before, had practiced self-rescue skills and had the gear needed for a day on the water or at least he thought he had.

Jim came to Ocean River to rent a kayak.  Having learned about Hobie kayaks, he liked the Hobie idea of pedaling a kayak and so, this unique sit-on top kayak was his rental choice for his day of exploration to Discovery Island.  Ocean River’s staff member, Reuben Beurge  co-ordinated the rental and was careful to interview Jim to make sure that Jim was fully aware that Discovery Island is a potentially dangerous place to kayak.  Jim told Reuben that he had been there before and assured him that he had the necessary gear including his own PFD, a cell phone and even a VHF radio.   Reuben made sure to give Jim a throw rope and a paddle float, just in case he had any trouble.  As Reuben watched Jim drive away, he felt confident with the details of this rental. He had recorded Jim’s emergency phone number, the make and colour of his car, his license plate number and his proposed launch spot as well as where Jim planned to paddle.  Little did he know that these details would save a man’s life.

Reuben began to worry around 5 pm when Jim had not returned.  He expressed concern to me (Brian) at 5:05.  We immediately called the emergency number and it happened to be Jim’s wife.  She was worried as he should have been home 90 minutes before.   I told her we were following up.  We immediately called Search and Rescue and they took all details.  Reuben drove to Cattle Point to see if Jim’s vehicle was still there.   When Jim’s car was seen by Reuben, he contacted Search and Rescue again.  They already had 3 Zodiacs on alert and ready to launch as well as a larger coast guard craft and the Cormorant helicopter was on route.   They were in full search just after 5:30 and found Jim off the south end of Discovery Island approximately half an hour later starting to float out into the Strait.  He had been in the water for an estimated three hours.

Jim was clinging to his kayak but could not get back on top of it.   He did however tie himself to the boat with the rope Reuben had given him and this was quite likely what saved his life, staying with the boat.    He had managed to boost himself up as far as possible but was still in the water.  His strength was gone and he was extremely hypothermic with a core temperature of 32 degrees.   The Coast Guard S&R got Jim into the Zodiac and treated him very carefully as someone in extreme hypothermia has a very fragile heart.   He was taken to the Jubilee Hospital where he spent a few days recovering.  We are very glad Jim is okay now and Jim’s wife Dianne is so happy to have him back alive.

Jim is an amazing man to have survived this ordeal.  He is humbled by experience and extremely thankful to everyone who helped in his rescue.  Our systems at Ocean River Sports worked.  We are committed to doing a good job and, in this case, we started the rescue in motion to rescue to save Jim’s life.  The Coast Guard including Auxilary 35 and 33 from Oak Bay and Victoria risk their lives to help others.   The Search and Rescue Coordination Centre did an excellent job to coordinate it all.  We are all so very thankful.

What did we learn?

He was wearing an inflatable PFD that was designed for a larger boat use, rather than one meant for kayaking.  It was an auto inflate feature, so when he hit the water, it inflated, making the PFD very big in front, making it about impossible for him to enter the kayak.

Jim was not dressed for immersion.  Although he had a neoprene top on, it was light and he did not have any other immersion wear on.  He got cold very quickly when in the water and as a result, lost strength quickly.

As Jim did not know the particular Hobie kayak well enough and was not aware of the handles on each side of the boat that could have used as a secure grip to pull himself  up onto the kayak..   In short, he was not familiar with the particular boat.

Jim lost his communication.  The VHF was not in a secure place on the boat and in the capsize it fell out of it’s storage spot.  His cell phone did not have a waterproof case and so it ceased to work.

No flares or PLB.  When going alone, do not leave anything to chance. Have signaling devices and if possible, a personal locater beacon (PLB).

We are so fortunate to have Jim back.   He is so much more aware now and hopes that his experience can help others to be safer out there.  Get training; go with others.