Bald Eagles are frequent sights to see around Vancouver Island

The West Coast offers some of the best natural ecosystems around for viewing wildlife and  their habitats. One of the most sought after animals for viewing in the area is the Bald Eagle. Many people know a little about bald eagles but there are a few little-known facts about them that will make you fall in love with these wonderful birds all over again. 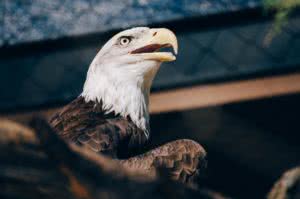 They are Hopeless Romantics

Bald eagles take monogamy to a whole new level by staying with one partner for their entire life, the only exception being death or impotency. Not only are they committed to their partner they are also committed to their home. They will return to the exact same nest for breeding year after year. In fact, even the young will use the same nest they were born in if it is available. 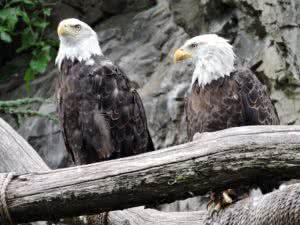 Their perfectionism doesn’t stop with their physical appearance either; if they find that their nest is damaged when they return for mating they will intentionally skip breeding that year to fix the nest. Talk about commitment to quality.

They are big advocates for gender equality

Not only are the male and female bald eagles basically identical they also share all parenting responsibilities – with the exception of the physical ones that can’t be shared of course. Both males and females will take turns to watch the nest and both will work together to repair and build the nest when necessary. 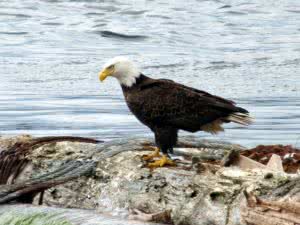 Bald Eagles normally live to around 35 years old, sometimes even longer! Although they prefer a diet of fish they are known to eat anything to survive; this can include dead animals, chickens, rabbits, cats, dogs, other birds and even, in some cases, larger prey. Their claws do not retract and occasionally when they grab a large fish they cannot let it go and will swim with it – so long as they do not get bogged down. Talk about a fighting instinct, if you have never seen an eagle swim it is not the most graceful movement and yet they will do it for food and survival. 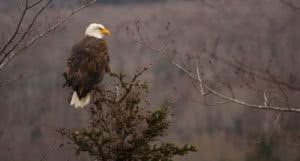 They go through an awkward teen phase too

If you ever get the chance to watch an adolescent bald eagle you will notice a few things: 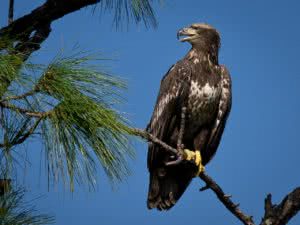