The scene of downtown Victoria was transformed last weekend into one of long boats propelling forward into the Victoria Harbour like Viking ships charging into battle. If you were lucky enough to make it out to the Victoria Dragon Boating Festival this past weekend you are most likely excitedly considering joining a dragon boating team in the same way many people took up archery after Hunger Games came into theatres. 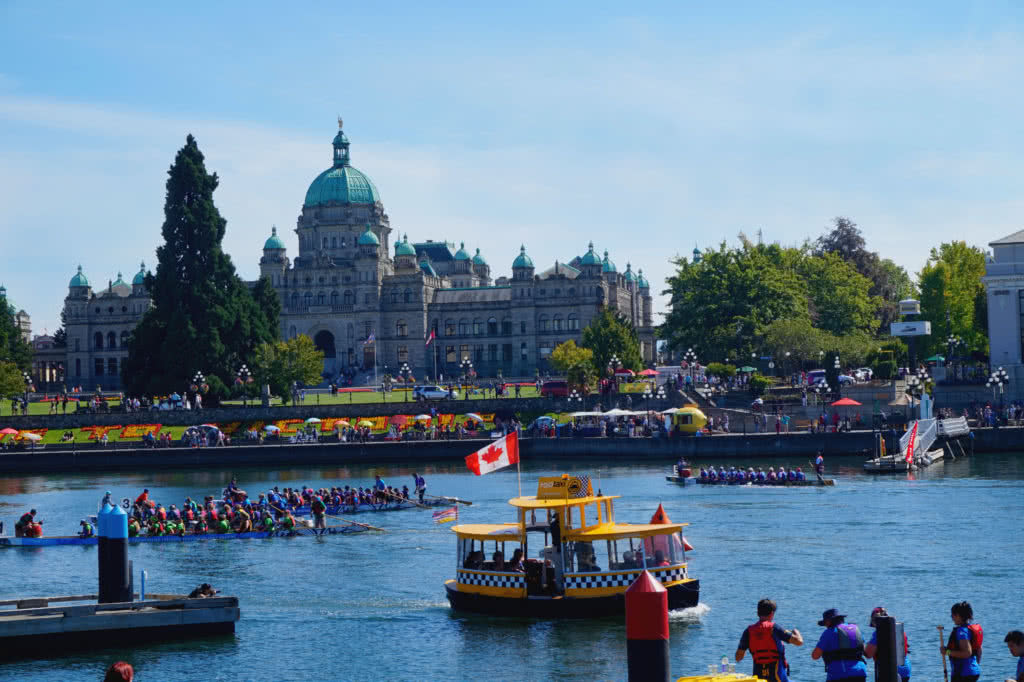 The water taxi is going to win the Dragon Boating race

The History of the Sport 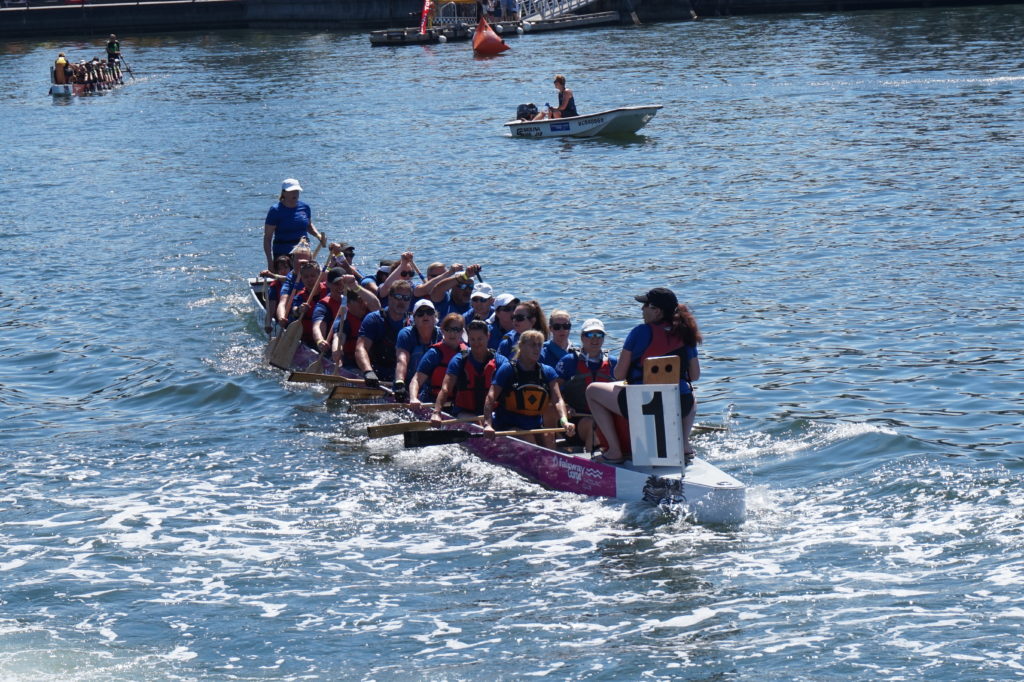 Dragon boat 1 coming in after a hard race

Paddling in a dragon boat is very different from a team rowing sport for one main reason: the paddles are not fixed to the racing watercraft. Not to mention the boat is about 600 pounds when empty. According to Rain Esplen of the Snapping Dragons the boats can be around 2 tons when full! From a complete stand still these 20 paddlers have to move something that heavy, which is an accomplishment all its own. 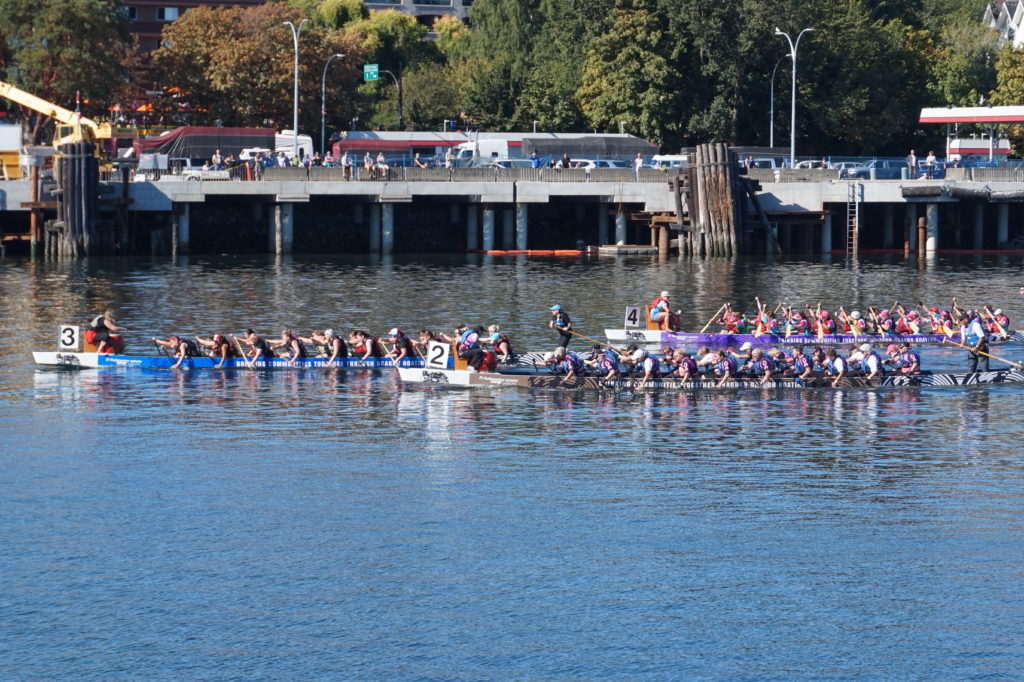 There is no right length or perfect material to recommend for a dragon boating paddle, it is as different as each individual paddler. Many times a coach will have suggestions as to the length. As for the material to choose that can be a preference related choice but we do recommend new paddlers choosing the lightest paddle possible but steering away from getting the stiffest, high performance carbon fibre shaft. For novice paddlers it is better to find a paddle with some flex in the shaft in order to create less impact on your arms and shoulders. At least until you are a high performance paddler with the fitness and training to use a stiffer paddle for the added power that it brings. Above all get a paddle you enjoy, like the feel of and one that you can easily maneuver in order to keep in time with your team. 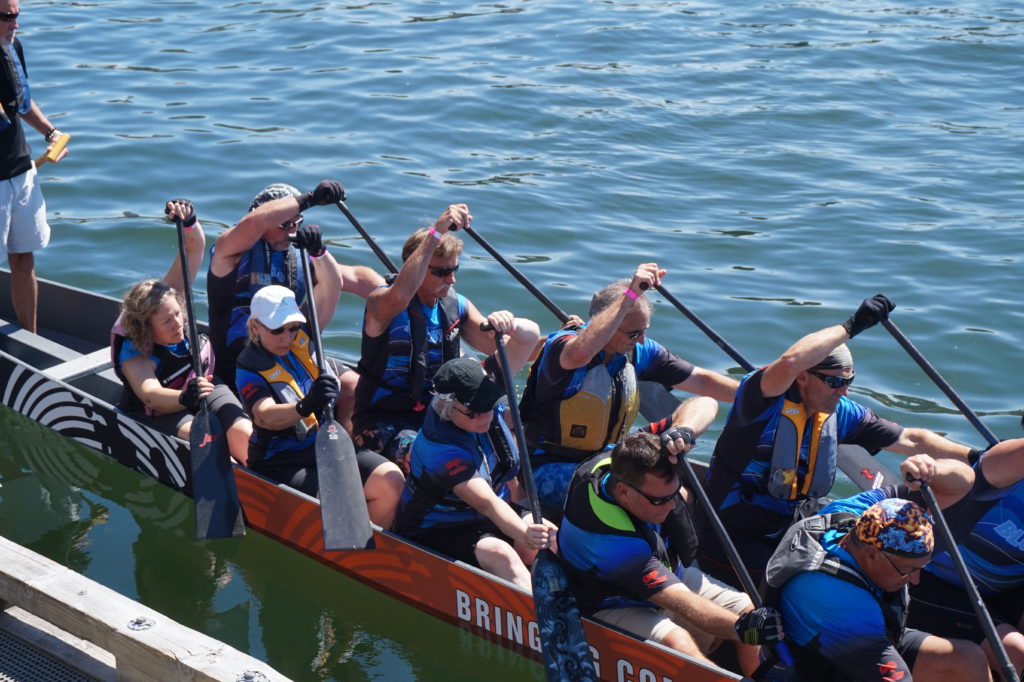 We can’t all be team sports people but there is something addicting about the excitement of hearing your team mates working in time right next to you, the water rushing past and your drummer yelling commands over all the noise.

What makes it difficult is the fact that everyone’s reach distance will be different and when the paddles are not fixed to the boat you really have to be aware of how far ahead the person in front of you is to keep the timing perfect. The trick to the sport is not to be the strongest paddler but to remain in time with all the other people in the boat. The boats strength comes from the team working in time together, not from the strength in an individual paddler. 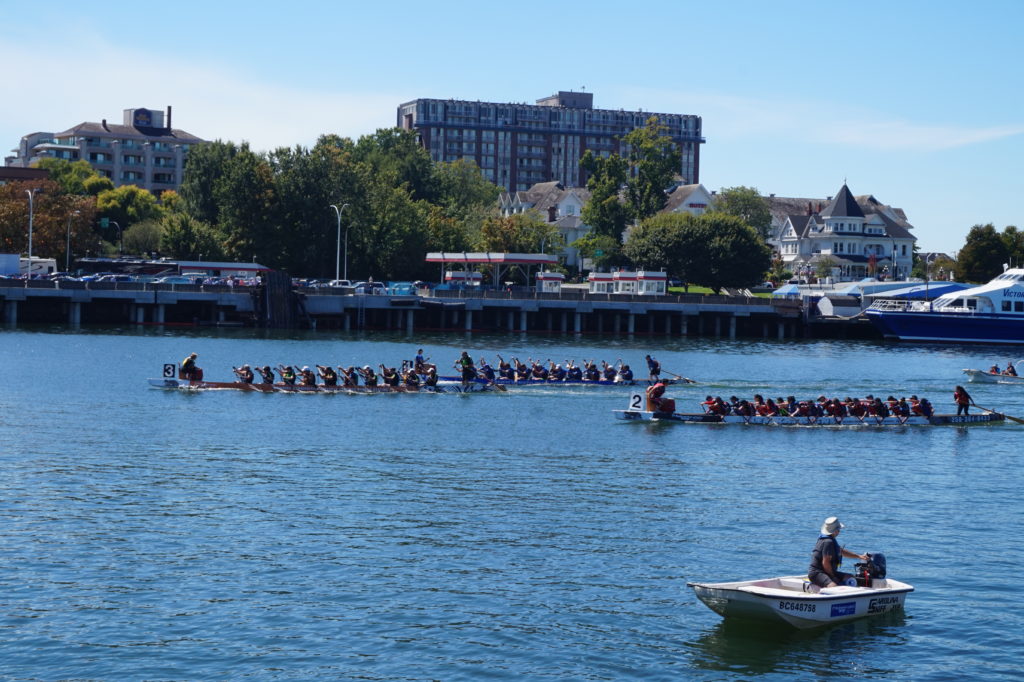 For Rain she has noticed a great improvement in her cardio and strength but this does not mean you can only rely on dragon boating to get you in shape. There is a lot that goes into being the best paddler aside from regular practise and Rain said you can’t just show up at the beginning of the season and not be in shape.

Rain has noticed that on top of her physical health the sport has helped her to feel “mentally and emotionally stronger”. 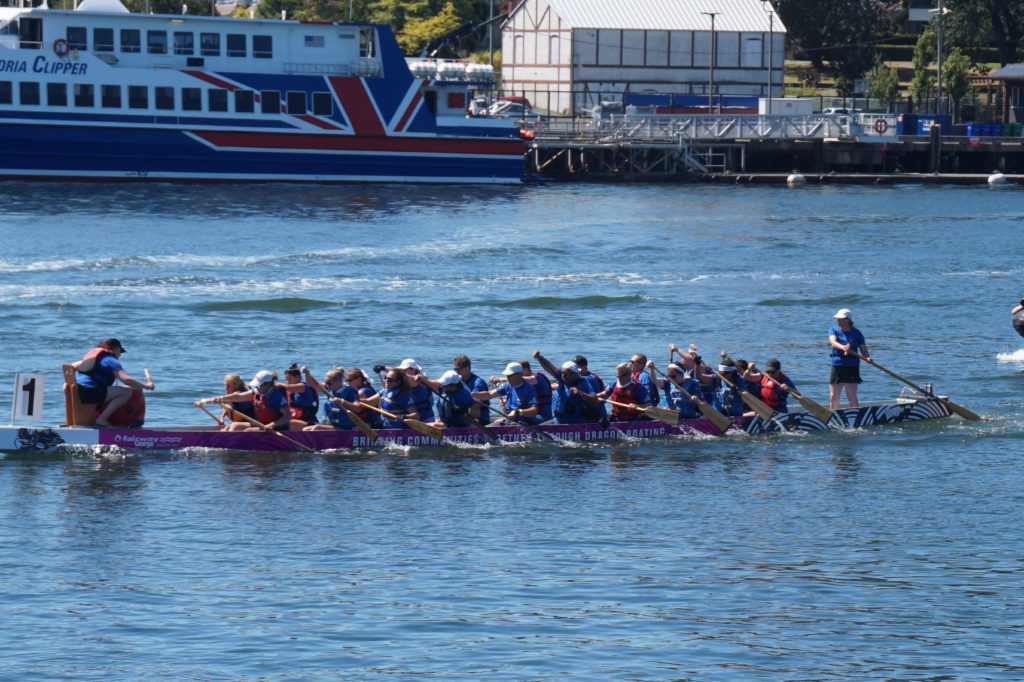 A special thank you has to go out to Fairway Gorge Paddle Club who organised the Victoria Dragon Boat Festival this year. General Manager Erik Ages said that they reached capacity for paddling teams in attendance with 82 teams showing up to compete; in comparison, last year’s event hosted 66 teams. There were around 2200 paddlers in attendance from all over Vancouver Island, the mainland, Alberta, Washington and Oregon. In addition to the paddlers there was an estimated 10,000 people in the stands watching the event, as well as a large group that had not been expected watching from near the starting line at Laurel Point. 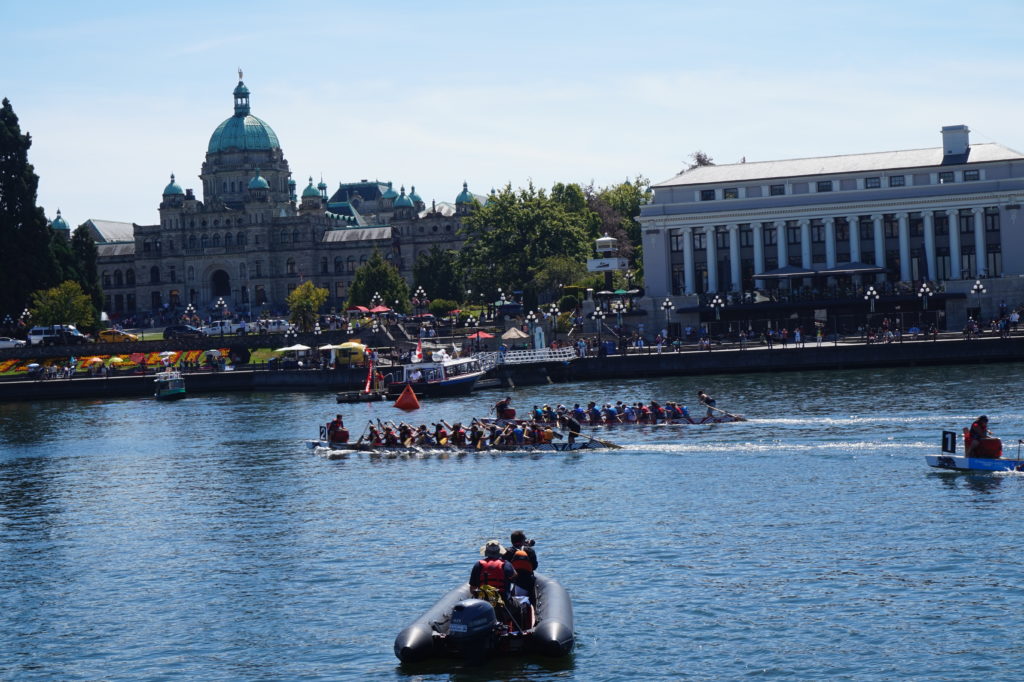 Ocean River was lucky to have a booth set up and was busy non-stop for the two day event getting the paddlers all set up with grip tape and other helpful racing apparatus. Aside from a paddle, a PFD and the boat itself, Rain says, “you absolutely must have a water bottle and gloves“, which we brought along to the tent to make sure everyone had what they needed for the races.

One thing is for sure, after watching the event and hearing from those involved, Dragon boating is one addictive and intense sport!