Circumnavigating Saturna Island by Paddle Board

How an idea of circumnavigation became a reality: Saturna island, a paddlers paradise

Arriving at the dock on the last ferry of the night I am greeted by two individuals expertly geared up for a paddle boarding expedition; little do I realize they will soon change everything I thought I knew about stand up paddle boarding (SUP) and where it can go.

It all started a few weeks back when Graydon, sitting on the back steps of Ocean River, brought up the crazy idea to circumnavigate Saturna Island. At the time he was just sharing the plan with Mark, lucky for me I walked in on this idea just as it was taking shape and was able to join in. From that point on the seed of a dream began to grow and the planning took part to make it a reality. 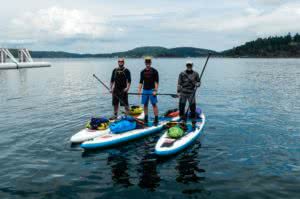 All nice and dry at the beginning

All that planning had finally brought me here: the night before we were to set out. The last ferry to Saturna, a short visit with friends and an early night were the only things left between us and our great adventure of the following morning. Morning could not come fast enough.

Dawn broke bright, clear and rapidly on a scene of three men wide awake and working in unison along the beach. No hesitations, nobody dragging their feet, it was a morning of sheer focus and excitement.

“At least you can’t capsize a SUP” said Mark as we loaded our gear onto the dock and prepared to launch. 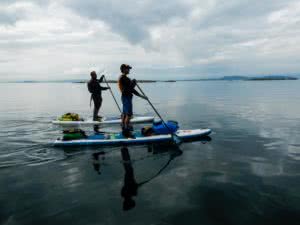 Smooth sailing, we look like we know what we are doing.

He was wrong. Twenty minutes into our morning and Graydon capsized his board. Mark wobbled and stumbled to avoid a similar fate and I began to wonder what I had gotten myself into.

As with all things, it was the moment Graydon went into the ocean that all cameras were safely tucked away. Guess you will just have to take my word for it: A SUP can DEFINITELY be capsized. Soaking wet and shaken we went with plan B and decided to portage our gear across the land, avoiding the currents of boat pass. 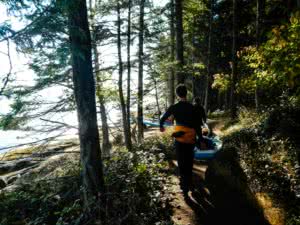 We launched back into the water once more on the other side. We began heading up the outside of Saturna straight into a headwind that nearly stopped us. Clearly, all of our planning was not going according to any kind of plan. The resistance forced us to our knees and we pushed ahead for hours like this at the mercy of the ocean.

Boiling reef came into view, the east point of the island, and I began to wonder what was laying around that corner. Of course I knew on a map it was called Narvaez Bay but after all that had happened so far I wondered what hurdle we would be crossing next. What skills would be tested? 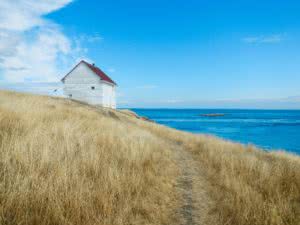 Narvaez Bay came with a welcome tailwind, our luck appeared to be turning with the tides. We turned an 8 kilometer stretch of water into mere minutes. The distance became a blur of aquamarine and reaching skies broken only by the smattering of islands on the horizon and the ominous sandstone cliffs rising up from the sea to our right.

The great time we were making rushed us into Fiddlers Cove for a welcome break on the land. Our planning was beginning to pay off and we arrived at our camping spot at Narvaez Cove well before dark.

Luxury camping at its finest

The morning brought with it a blanket of misty gray overcast to cover us as we prepared for day two of paddling. Back at sea, with one fluid motion after another, the current pulled us along closer and closer to our starting place and the end of our trip. We stopped only once to explore Taylor Point.

Taylor Point is home to the oldest trading post in the area. Erected in 1892 it, unfortunately, burnt to the ground in 1932. The history and beauty of such a small island can be truly astounding when you take the time to look. 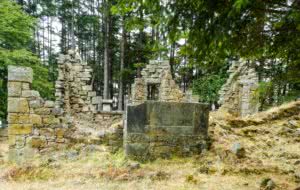 It is hard to believe that in just under two days we had successfully circumnavigated Saturna Island. A journey like this has the ability to pause time and make a single night feel like an eternity in the meditative nature of paddling.

Back at the dock, sitting in the local watering hole, we began to re-adjust to the noise level of daily life.

“After hoping the trip wouldn’t be too easy, I’m pleased with how the pieces fell together; I think I will be standing from here on” Graydon said over the gentle din of the noise in the pub. 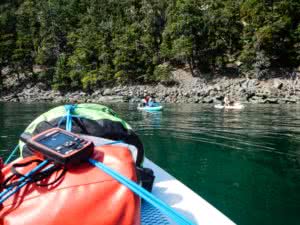 Your trip is only as good as your preparation and gear

“Fell is right” I added, reminding Graydon about our somewhat bumpy start. We all agreed that for all of us this was just the beginning of our journey into paddle board exploration.

“There will be many more to come” Graydon said, finishing all of our thoughts.

We all went quiet for a moment and my mind began to drift back to a point the day before. Sitting atop a sandstone pillar looking out over the water I had wondered what waited for me after boiling reef. I may now know what lies around the east point of Saturna Island but I am even more aware now of all the other islands along this beautiful coast that I am left to wonder about – until I circumnavigate them that is. 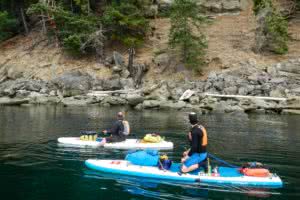 Taking a breather and watching some goats